Enthusiasm, Expertiseand, Elaborateness -- for the health services of people of China.

Beijing Jishuitan Hospital is a palace garden like hospital. Built at the end of the Yuan dynasty Grand Canal on the mast sail bristly wharf -- "Jishuitan harbor", it was the Prince Gun’s Palace in Qing Dynasty for more than 200 years.

In January 28th, 1956, Beijing Jishuitan Hospital was built in the former palace site. More than half a century later, the hospital has become a level three first-class general hospital, which mainly focus on the departments of orthopaedics and burn. In the year 2015, we now have more than 2900 employees, 1500 beds, of which 1000 in Xinjiekou Branch, and 500 in Huilongguan Branch.

Entrusted by the National Ministry of Health, our hospital undertook the orthopaedics and burn surgery refresher courses. Until 2014 we have trained refresher doctors more than 5000 people, and they were all over the country from north to south. In 2001, China's first "orthopedic training center" was founded in Beijing Jishuitan Hospital; in December 2007, China the first Department of orthopedics molecular laboratory was put into use; in 2008, Asia's largest digital operating theater was founded; in September 2008, the Edinburgh Royal College of Surgeons and the Hongkong College of osteopathic joint certification of mainland China’s first orthopedic specialist training center to Beijing Jishuitan Hospital. In 2014, the annual number of operations reached more than 40000 cases, and became the most hospital in Asia in the same scale.

Department of Radiology has the most advanced nuclear magnetic, CT, angiography, breast machine, etc. There are 16 operation rooms, 6 of which are digital operation rooms, and can be connected with the Xinjiekou Branch with the real time video interaction. Every consulting room is independent space for a doctor and a patient "one to one". The paths for Patients medical staffs are separated. The design of the hospital is both scientific and humanistic.

Since 2002, Director of Spine Surgery Department Professor Tian Wei started to lead a orthopaedic professional team, together with Beijing Aeronautics and Astronautics University, Beijing TINAVI Medical Technology Co. Ltd. and China Academy of Sciences Shenzhen advanced technology Institute, created a computer assisted surgery minimally invasive surgery (CAM ISS) system, in which the image navigation and robot technology is the core of the intelligent orthopaedic surgery system. The system has completely independent property rights, it is the real “made in China” product with less than 1 mm error, international advanced level performance.

The all the staffs follow the medical reform policy and the oath of "Enthusiasm, Expertiseand, Elaborateness", keep the people-oriented, strengthen the brand advantages and the overall strength. To achieve the strategic objective of "both famous in and out China", the hospital is making new and greater contributions to the health of the people. 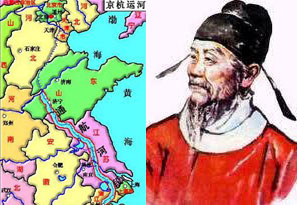 Ji-Shui-Tan, the name of the Royal Port at the end-point of the great canal in Yuan dynasty 800 years ago.

The end of canal shrink to 6 small lakes in Qing dynasty. Emperor’s families were living around the lakes.

The location of JST was a famous garden ‘Jing’Yuan’ in Ming Dynasty, became a home of a emperor’s brother in Qing Dynasty, 275 years ago.

The motto of our hospital is：